Posted at 13:38h in Uncategorized by soupmanadmin 0 Comments

BANGOR – Everyone has a story. For one Millinocket native, his began when he lost his son.

“It’s all about for me is that a parent doesn’t have to pick up that phone call and hear ‘he’s gone,’” Peter Kelleher said.

Those two life changing words are what Kelleher heard in 2016, when his son died from a drug overdose in Bangor.

Now, Kelleher, better known as the Soupman, travels from city to city across New England living up to his name.

With a bus full of backpacks, toiletries and coats, his goal is to give the homeless the comforts that Kelleher said most people take for granted.

“I took a shower this morning. I’ve got clean shoes on and underwear. Some people just can’t have that luxury,” he said.

To him soup is love, and he made the trip to Bangor Tuesday to share that love.

“I knew Peter when I was growing up and he was a couple years younger than me,” said Heidi Wheaton of Breaking the Cycle in Millinocket.

“Knowing what he has done and knowing the tragedies and the successes he has made because of the tragedy is an incredible experience,” Wheaton said.

Kelleher said there’s a lot of growth for his nonprofit. He’s partnering with other nonprofits, such as Breaking the Cycle.

A big goal for the Soupman is to get donations to keep the homeless warm this winter.

You can visit his website or Facebook page, Support the Soupman, for information on where to donate or drop off items.

“This will run,” said Kelleher. “This will never stop.”

It is hard to believe it is that time of year! We will be travelling the streets of Massachusetts and Rhode Island cities and handing out our bag lunches. We...
Dec
12
Sat
9:00 am Saturday Lunch Drive
Saturday Lunch Drive
Dec 12 @ 9:00 am – 12:00 pm

It is hard to believe it is that time of year! We will be travelling the streets of Massachusetts and Rhode Island cities and handing out our bag lunches. We...
View Calendar
Add 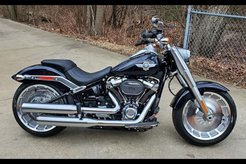